My voyage can be divided up into four parts, following wind and currents, and the general weather:

Course South: Sailing from Ostend to the Canaries in late summer, to position myself well for the first crossing of the Atlantic.

Course West: My first crossing of the Atlantic towards the Caribean, in early winter to avoid hurricane's and following the trade wind and the North Equatorial current.

Course North: Going back towards the Azores, not via Bermuda which I should have done to capture westerly winds and the Gulfstream. I sailed thru the Saragasso sea where predictable progress can only be made by use of the engine. I didn't use it ! It is best done in late spring to avoid the first hurricanes in the Caribean, and to avoid the last spring gale's up north.

Course East: The final stretch back home again, in early summer when the weather is nice again up north. 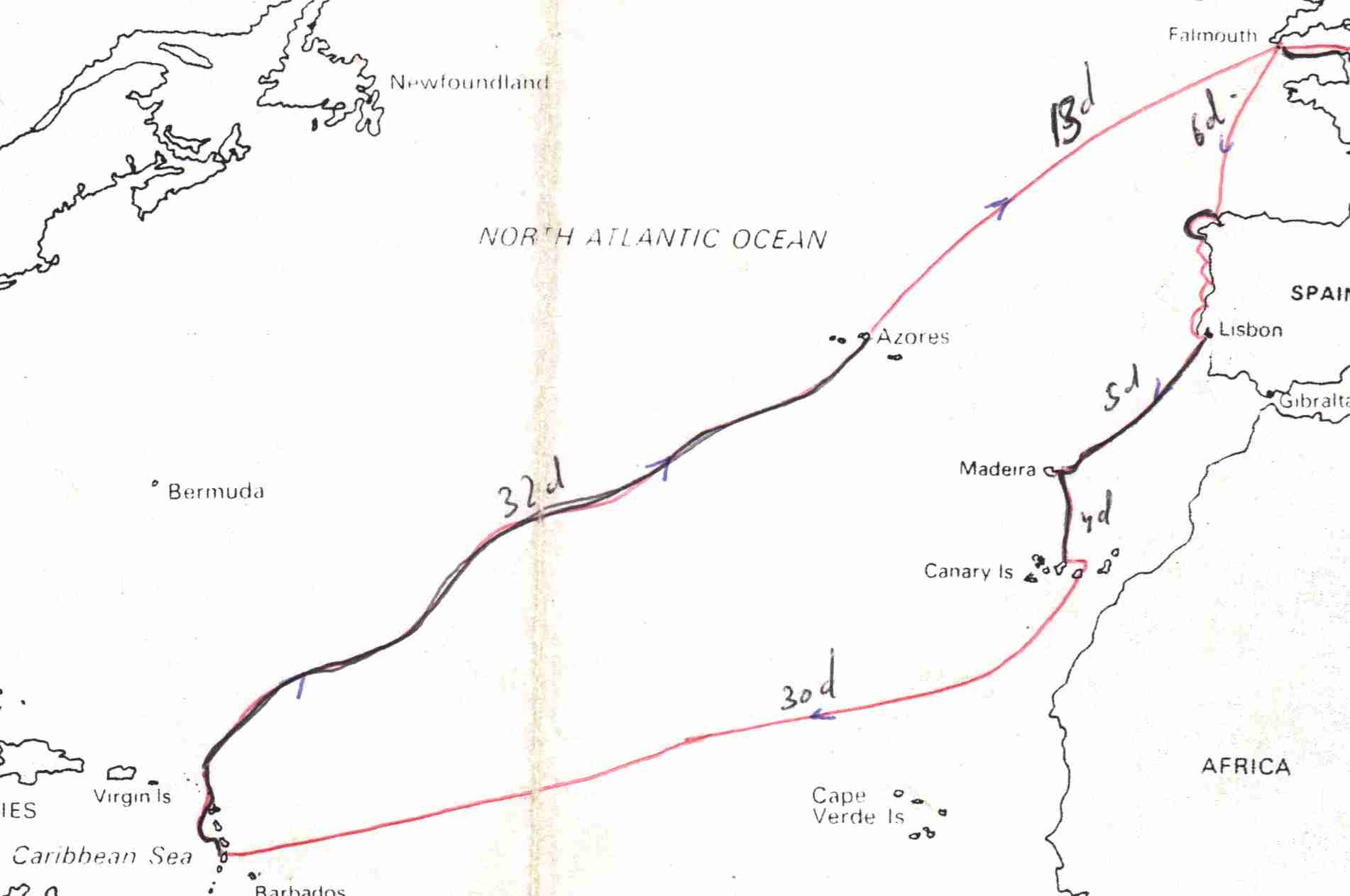 Technically, this kind of voyage is more simple than sailing in the Channel or the North Sea, I think. And now than GPS has come, it is even more simple than before. Most important thing is that you can sail your boat blind folded, as you're sailing half the time at night. Navigation, routing, provisioning can all be learned on the spot. There's enough people around to help you. But learning on beforehand won't harm you.

Mentally it is very hard to get started. Once you've left for your first big crossing, the tension lessens, and dissapears after you've made it to the other side. But the mental factor involved is what I underestimated the most. The only way to find out, is to leave. The only way to find out how it feels, is to come back. Don't wait until your boat is ready, but don't start before you feel ready yourself.