The different systems that make out my rebreather:

A case with 2 bottles attached: 5l diluent (gives me some on-board bailout) and 3l Oxygen. 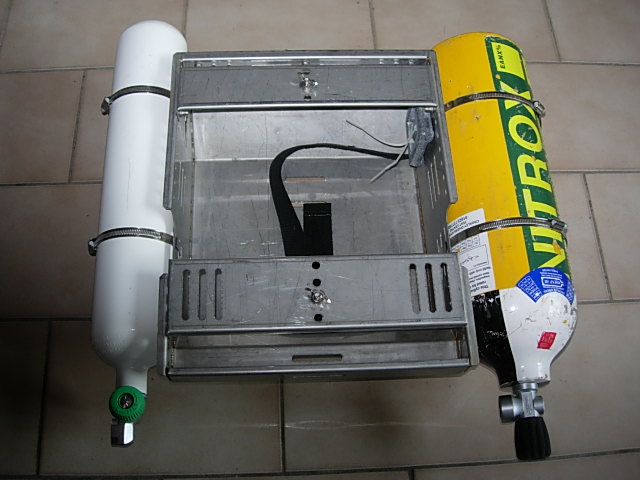 The breathing loop consists of an original Draeger Dolphin loop. 2 changes have been made: 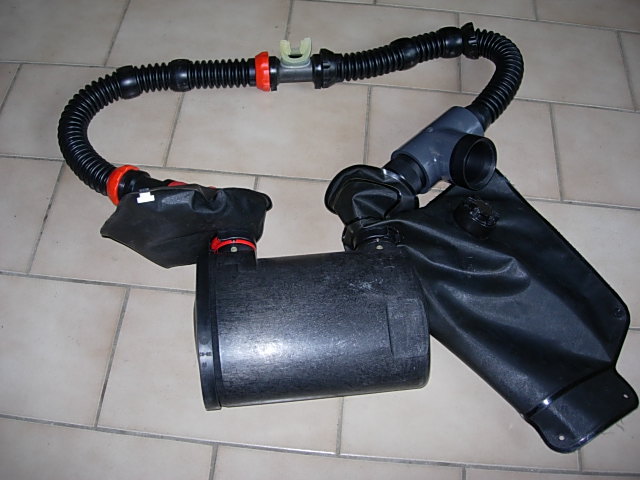 Consists of 2 parts: dilluent and oxygen. 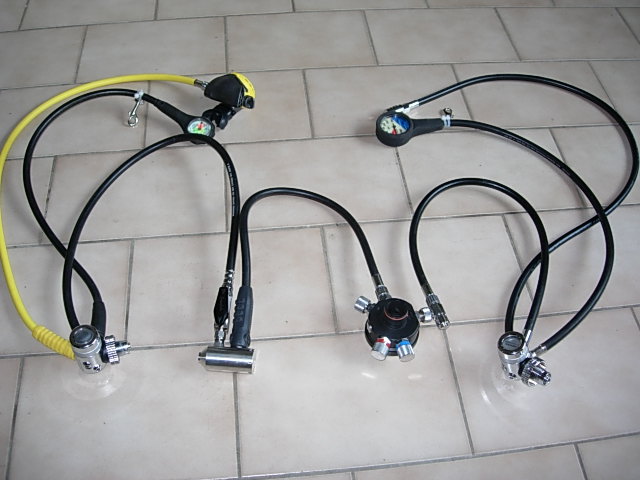 Nothing special, just a triple 02 meter. No logic inside. And not really fully triple redundant: only one battery, one casing, one cable. All single point of failure's. 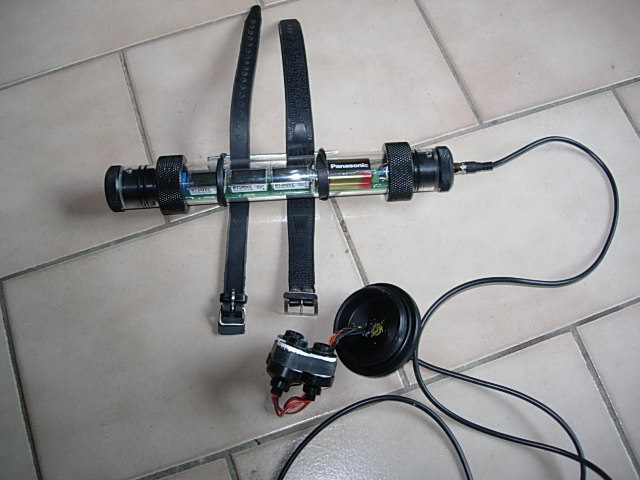 5) And the regular stuff:

I use my "old" backplate and wing. The wing has an Air2 as inflator piece, which will also be usable for my on-board dilluent bailout. 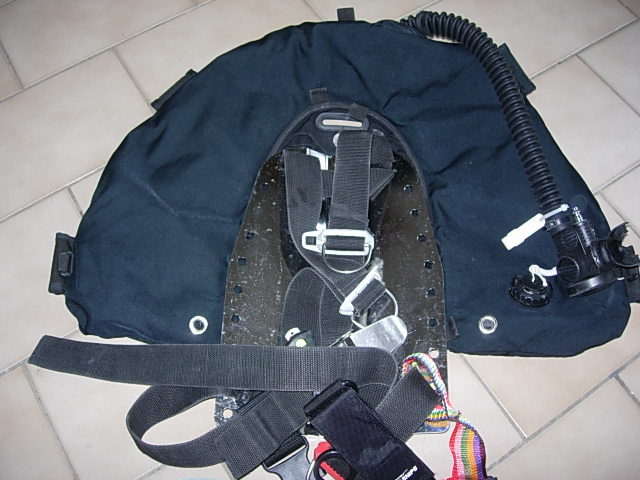 How to fit all this toghether:

First put the breathing loop inside the box. 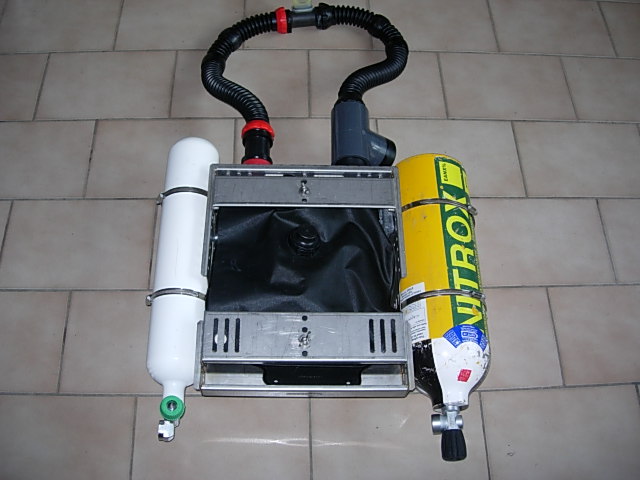 Attach the mechanics to it. Here you see one reason why P-port has been shifted to exhale bag: so the connections to the loop are made at the exterior. Another reason is that this way your gasses which are injected here, first have to pass thru scrubber and inhale lung, before they are measured. This gives the mixture more time to "mix". 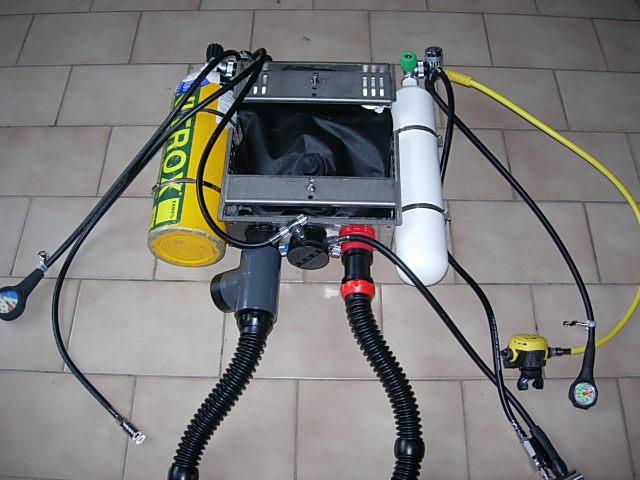 add the basic stuff (backplate and wing) on top, and finish connections. 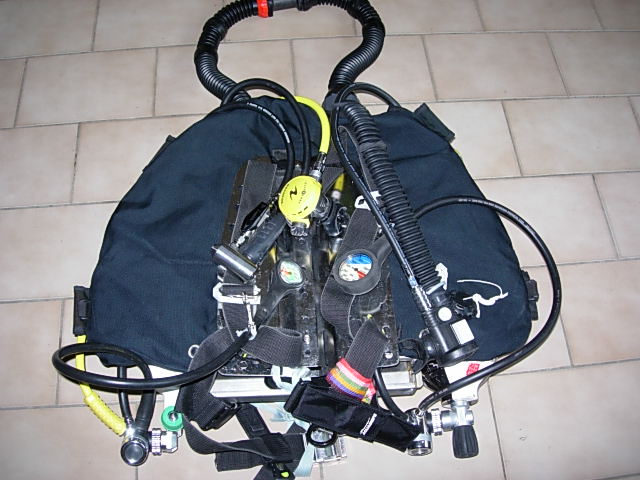 Don't forget the electronics, they just plug into the T-piece. 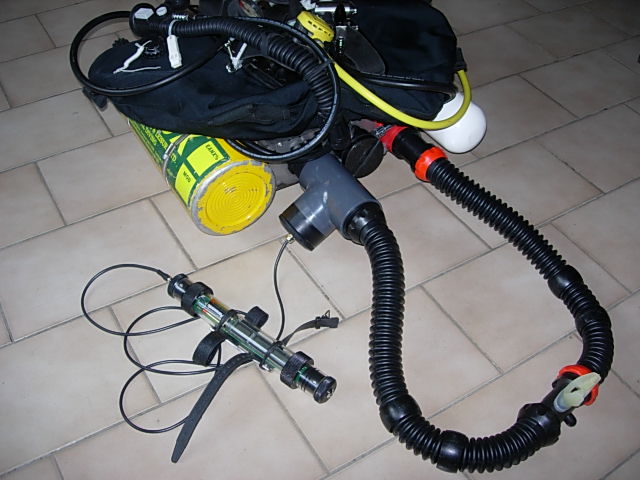 You can see I wear separate bail-out at all times ! Dry-suit inflation is also attached to this 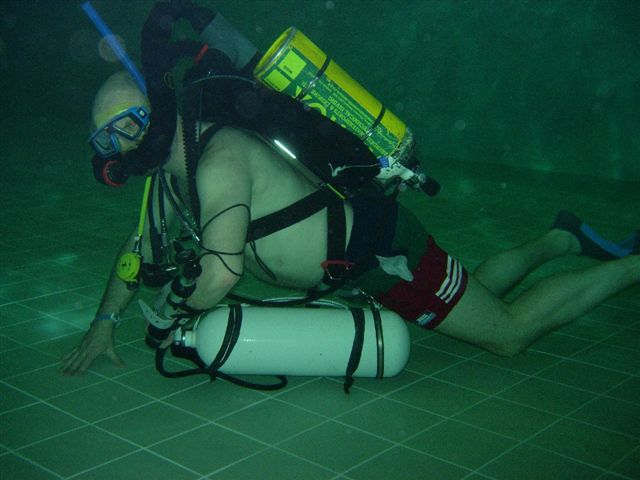 Here you see that the alu 5 l is positive, the steel 3 l is negative. I've put 1kg of lead inside the box at diluent side to compensate. 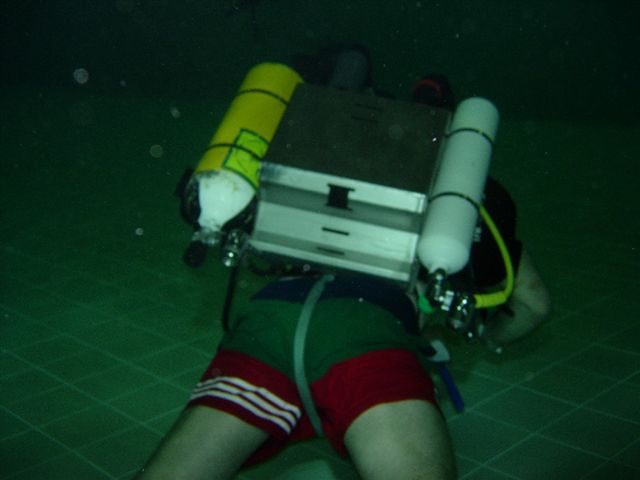